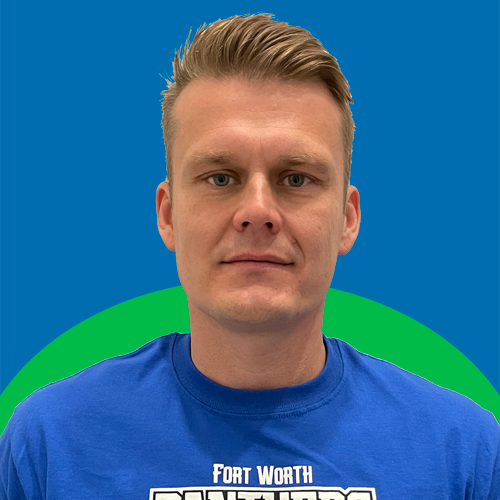 Voutilainen is originally from Finland and has played floorball most of his life. Now he is active in NTFA and his aggressive, scoring playstyle will be a great addition to the Jaguars. A small business owner in Flower Mound, Texas, Jari has been playing in NTFA tournament teams and in the Elite League since 2015. Voutilainen is an aggressive shooter and playmaker, and should spark significant counterattack rushes.  Jari was a member of the 2019 US National Championship team from NTFA at the State Games of America in Lynchburg, VA.